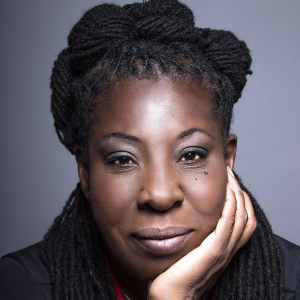 Instantaneous connection with a person often has its roots in an unconscious familiarity of a karmic past life connection.  In this type of relationships the level of  personal knowledge is so intimate that one cannot fail to recognise the intense messages feeling or insight on an intuitive level from both partners. The experiences range from intensely good to dysfunctional nightmare.  Only after months and years  of self-work does things change. The emotional roller-coaster ride can often be a feature of  ego modification or character building, depending on your perspective.

Some of us who experience the deep roots of karmic connection with another, continue our lessons of growth with that person, even if you are miles apart matter. We automatically think meeting a former love from past life will be a romantic a happy ending, may not be realistic.  Many of my clients have had intense attraction with another soul only to complete unfinished heartache, resolve it and move on to correct mind set that facilitate a mate. When both souls fail to learn a lesson in the relationship they will keep going back to school with each other, re-take the lesson until they pass the exam.

Intense feelings are an indication that there is a deeper meaning that needs to be explored. When in the midst of feeling those feelings sit with them and process them so you come out the other end. It is essential while moving through your journey is to ask yourself a series of questions: What is the relationship teaching you? Why am I feeling this way? What is this love showing me? What needs is the person assisting me to see ? Perhaps you can ask your partner what are they learning about you in the relationship? In order to gain insights from another perspective.

I use Hypnotherapy in a clinical context and to facilitate a client spiritual journey using, Quantum Healing Hypnosis Technique. I had a session with a young lady called Angela, (Not her real name.) quite recently, who had received counseling in regards to her marriage. Angela still felt unresolved and felt the situation needed some spiritual light shed upon the issues in their marriage. Angela called me up referencing my website and I immediately offered her a free consultation. A week  later I met Angela in my private therapy room, a petite strikingly attractive young lady from South America.

Angela had suffered relationship conflicts with her husband for over eight years, she explained that every time they fought it was filled with violent threats. She felt a huge pull deep inside her heartache. In the session the subconscious mind chose the episode from her soul archives to show Angela where it had all come from. In that life Angela was a rich lady in the 1870’s with a long blue and yellow bustle dress clutching yellow purse stuffed with sentimental pieces of jewelry. She eagerly paced along the platform of the train station glanced at the clock waiting to elope with her secret lover; her foot servant, but he never turned up. After the whole day waiting the slow realization brought up the heartbreak and she took the three hour journey home filled with mental and emotional turmoil, she had a broke-down in her bedroom secretly sobbing into her pillow. Once I questioned the past personality we found out that she had planned to run away with a servant from the house who she had been secretly having an affair since she was a 16 year old girl. Angela’s past personality  lived in stately home in England with her controlling father. on her return to the house she  decides to go downstairs  to the servant’s quarters to find out why he didn’t turn up and she is told that he was involved in an accident and he is on his deathbed. She was unable to  see him because the accident is quite horrific. The servant lover died without her ever seeing or communication with him.  As a facilitator certain keywords and phrases tend to stick in your head when talking to clients. I noticed Angela’s mantra, throughout the interview stage of the session she would repeat with a pained look of confusion: “The pain is out of this world and so deep! I just don’t understand it. I just don’t understand” And proceed stroke her hair as if to calm her down.

In the interview stage, I remember the Angela explaining the fights she had and how she felt like, the idea of loosing him forever. Each argument was she was always deathly afraid of him leaving her. Everything started to make sense through following the lead of the story: the unprocessed heartbreak from the failed elopement attempt, the grief of the lover leaving through death. They both had come together in this life to resolve unfinished business. Angela would often describe her pain, throughout the interview as: “The pain is out of this world and so deep! I just don’t understand it.” Looking pained and confused.

Angela realized both her husband and herself  was  re-experiencing the separation and the grieving, stuck in that conflict. We processed the mental and emotional conflict, we were able to work on forgiveness aspect of the session. We also resolved the unrequited aspect of the experience. Past life regression is a practice of exploring the archives of the soul through hypnosis also known as hypnotic regression.

Can you see patterns in your relationship that feels deeper than this life ?

Is there a karmic love that you need to deal with?